Looking to kick off 2017 reading a good book?  I have a few suggestions for you, read W. Clapham Murray.  A man I know well. 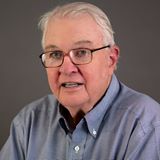 W. Clapham Murray, is my father, friend, mentor, confident and the one I run writing ideas off of.  He’s is a retired theater Professor who taught for many years at New England College, both in the States and abroad in England, where he founded the New England College Repertory Theater Company.  The company put together three shows and performed them all across the British Isles.

In the summers my Father  acted at The Barnstormers Summer Stock Theater Company, the oldest summer stock theater company in the country located in Tamworth New Hampshire.  The company was run by the son of President Grover Cleveland, Francis G. Cleveland.  Francis became one of my Father’s mentors and later closest advisors when My Dad, became Artistic Director of the Barnstormers.  Along the way, my Dad, went on to act in television and small parts in movies, some of his credits include four small roles in the Robert Urich, Boston based show “

Spencer For Hire,” movies such as “Ollie Hapnoodles Haven of Bliss, starring James Sikking(Hill Street Blues) a young Jerry O’Connell,”Concealed Enemies”, a movie about the Alger Hiss story, and a prominent character in the movie 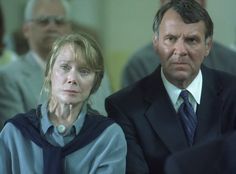 “In the Bedroom”, which starred Sissy Spacek and Tom Tom Wilkinson.  He was also the voice for many years for the Pella Window television and radio ads.

My Father has lived a rich full life, but even though he loved the acting, directing and teaching, his true passion has always been writing.  My Dad is quite the story teller.  I could sit down and talk to this man for hours, because his stories are always so rich, alive and fascinating and he tells them with such life and humor.

I remember it was 1968 when my Dad took his first sabbatical from NEC and we moved to Tamworth for the winter.  That year he started the first draft of his first novel.  A book which would later become “A Tale from O’Reilly’s Porch.” 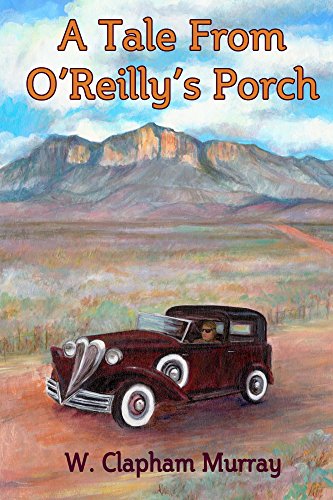 It was a struggle and he had to put it away, until he could take a second sabbatical, once again in Tamworth New Hampshire, where we permanently moved.  That year he wrote a second draft and made his first attempt at selling the book.  A lot of publishers liked it, but it wasn’t what they were looking for.  Once again, my Dad put the book away.  Then this internet came along and a whole new world opened up for writers,  the world of Self Publishing.  Instead of rewriting O’Reilly’s Porch,” my father did what all writers do, he took a step back to give himself some perspective and wrote something different.  A short wild farce, that had germinated on one of his many trips to Ireland.  I think those trips after his retirement, were mostly to find the inspiration for a new story.  What came out of his trip to Ireland was roaring romp called.  “The Stain On Caitria” 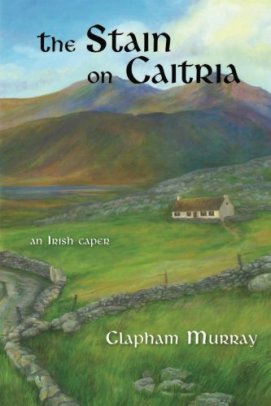 The story is of a young Banker living in the suburbs of Philadelphia, who leads a miserable life with his mother.  His life doesn’t get any better with the two wives he marries, but after his mother dies and leaves him a fortune, George decides to move to Ireland.  Ireland is a different world for George, he buys a small local cottage not far from the local pub, he frequents, he takes in a stray cat named Cyril, who teaches him about life and independence.  As the first few months move along he establishes relationships with some of the many wild Irish characters he meets, Duffy, Bill The Bus, Malloy the drunk, and Chinner.  When a local film crew comes into to film a movie, he meets not only his match, but the love of his life, Nora Eddy, famed movie star.  It is a story, that is warm, poignant and filled with  kinds of farcical situations, that are told better than most British writers.

A comment from a reader about “The Stain On Caitria.”

By Pat Farley on May 6, 2013
Format: Kindle Edition Verified Purchase
I have just just completed reading “The Stain on Caitria” and recommend it highly to others contemplating its purchase!
That it is most entertaining, liberally sprinkled with compelling characters, charming in its small village setting and hilarious in some of the relationship fiascos while being poignant and honest in others….are the many reasons you should be sure to read this book!

Dad’s next book is an interesting, intriguing story called the 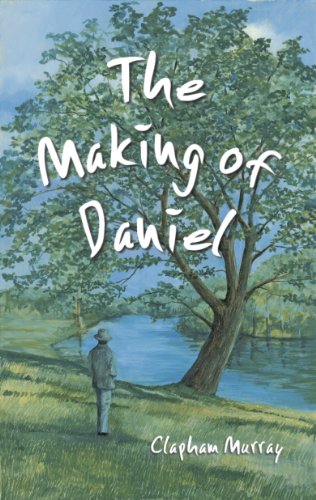 “Making Of Daniel” about a Mulatto man named Daniel Camphore and his relationship with a white woman.  The book is set in Virginia, not long after the Civil War.  It’s a riveting read, that is thrilling and exciting, with suspense, dark secrets and voodoo.  I think it’s my favorite book, because of the voodoo, something the great Peter Straub would have written about.

After Dad, wrote these two books, he rewrote “O’Reilly’s Porch.  It’s also an interesting story about a Soldier at Fort Sill Oklahoma, who joins a local community theater company. The book is filled with lots of theater humor and well written.

These are just a few of the offerings that W. Clapham Murray has for you.  You won’t be disappointed.  You can purchase Dad’s work on,www.amazon.com just time in W. Clapham Murray, or any one of the titles here.

Hi, my name is Peter Murray. I am a scriptwriter and I started this blog as a way of promoting my own writing, which is mostly plays, screenplays and television scripts. bMy background is unique. My father is a retired theater Professor and both my parents acted at The Barnstormers Summer Stock Theatre in Tamworth New Hampshire, which was founded by my Godfather, Francis G. Cleveland, who was the son of President Grover Cleveland. Having all that history within my family and a Godfather who started a theatre, it was natural that I became interested in theater. I attended Johnson State College in Vermont with the specific purpose of becoming an actor. However, scriptwriting took over. I have been writing plays since I was about twelve. I would see a Barnstormer production and say, I can do that. Yes I could do that, but in those early years, not so well. As time went on I became much more proficient with a good ear for dialogue, plot and character development. I have written a few plays. Two were produced in Vermont, a one act for First Night in Burlington called "KIng Stud," and another titled Crossing The Bridge. The latter was also taken to the Barnstormers and done at the professional level with my Dad directing. My other writing includes a few movie scripts. One is a trilogy I am working on called Derby Double. It's an action adventure sports series dealing with Soccer. Another script is called the Third Eye about a metaphysical detective(Currently trying to work that into a television series.) And currently I am working on a television series about my childhood, both here in New Hampshire and England, where I lived for five years. I call this series, "Letters from England." I have five episodes in the can and you can read them here. View all posts by petercmurray26

6 thoughts on “W. Clapham Murray One of The Best Writers I Know.”

This site uses Akismet to reduce spam. Learn how your comment data is processed.